Notice:   We are open and conducting appointments virtually by Skype or Facetime. Please let us know how we can assist you.
If you are thinking about updating your wills, or you have another type of issue, give us a call. 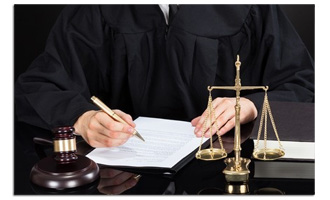 Drug charges are a serious offense and carry the potential for significant jail time and fines. You may also be required to participate in drug treatment program. If you are charged with any kind of drug or narcotic charges, it is extremely important to have an experienced lawyer to help you effectively navigate the judicial process. Gary W. Desper is an experienced attorney located in Westminster, MD. He represents clients who are facing serious narcotics charges, CDS drug charges, drug paraphernalia charges, heroin charges, marijuana charges, and other types of illegal drug possession charges, distribution or manufacturing charges.

As your attorney, Gary W. Desper could help you build your defense if you were arrested and charged with the any of the following types of crimes:

Juvenile drug charges don't have to ruin your child's life. If your pre-teen or teenager has been arrested and charged with a crime, we can guide you through the steps necessary to get the help and support you need to get your child back on track.

It is important to have someone who will stand up for you and present the best possible case in your defense. If you have been arrested and charged with CDS, possession of paraphernalia, drug possession, distribution, or manufacturing charges in Carroll County, MD, call the Law Offices of Gary W. Desper today.